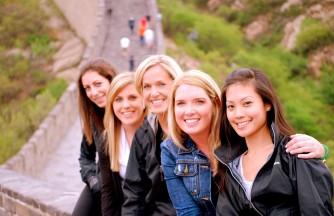 Study in china is a all new experience and the student can experience living in one of the most dynamic countries in the world. Since some years, the importance of china is growing at an extraordinary rate. A study abroad semester in China is like a investment into your future. Asia exchange constitutes two universities of china one is shanghai and another is Guangzhou. There are a lot about the cities, universities and courses offered in china.

Exchange students can combine both the destinations for a full year abroad in china. You can also spend a second semester in Asia in any of our other destinations. Here are some information about the benefits of studying in china on a exchange program.

Course offering
Both of the universities of china offer Chinese language courses, in addition to this, courses on business and economics are also offered and international relations and culture with a Chinese focus.

Universities
Shanghai University: shanghai university was established in 1922. It is a public, research driven university at the heart of the city of shanghai. This university has gained its current form in 1994 after the other four different universities in Shanghai, all leaders in their fields of expertise, got merged. The current Shanghai University now enjoys a great reputation of having an excellent curriculum across different fields of studies. Moreover, Shanghai is one of the most important finance centers in Asia and hosts dozens of international corporations’ Asian headquarters. Shanghai is a great choice for students who are interested in a career in international business.

Guangzhou University: this university was founded in the year 2000, after its establishment, five universities in the city were combined into the Guangzhou university. It is a public university financed by Guangzhou municipal government.

Journey into the Subconscious – Psychic Power or Hoax

It is safe to say that we would all love it if psychic powers were proven real. However as yet there is no concrete proof, just belief or non-belief. Psychics are not a new phenomenon; Read more...