Home // EDUCATION // Which Education is Better For Your children? 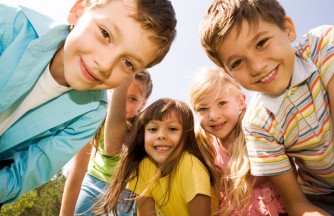 Democratic education is defined as an educational ideal where the principles of democracy are both the goal of the education and the means of instruction. Democratic values are used in the teaching methods and organization of the schooling. For example the student body and faculty are considered a community of equals. Students and teachers are put on an equal footing. Class attendance is voluntary, students help determine the curriculum and school meetings are held to decide school policy. Although there are variables in each democratic school the governing principles are self-determination, democratic governance and mutual respect. The first democratic school was opened in Suffolk, England in 1921. Sudbury Valley School in Massachusetts opened in 1968 and in Israel the first democratic school opened in 1987. Today there are more than 20 democratic schools in Israel.
Democratic Education
Democratic schools claim that that children are curious enough and reasonable enough to want to learn and so they will come to their classes without force. Democratic education can be said to be more successful than conventional education in laying the basic foundation of good values in children. In democratic schools more emphasis is placed on the child becoming an active participant in society both while he is at school and after he has graduated. The methods of instruction in democratic schools whereby kids can learn through discovery and experimentation are now being implemented into conventional education and have been found to be very successful. In the most important museums of the world hands-on learn-as-you-play exhibits are now the norm. The children learn valuable lessons about life and society through their involvement in the running of the school.
Conventional Education
Conventional education seems to support the theory that children require more boundaries, guidelines and that there are some things children should not be allowed to choose for themselves. There is a minimum amount of knowledge necessary to be a member of society and we need to insure that children get this knowledge whether the child wants to or not. The human brain is not fully developed in childhood, it still requires adults with more experience and knowledge to decide what education they need and what they do not. Children do not yet have the knowledge gained from a lifetime of experience or the reasoning skills of an adult to make decisions about how a school should be run and what the curriculum should be. Teenagers are easily influenced by their peers and often prioritize immediate gratification over efforts that will only pay off in the long term.
If a school is run like a democracy who will protect the rights of the minorities – the slower pupils, less socially-accepted pupils and handicapped pupils. Will pupils voting as a majority be able to protect the rights of the weaker pupils as well as an adult faculty could? Would pupils in a democratically run school vote on a policy that is the “right” thing to do but against their self-interest. Probably not. Are kids in democratic schools really experiencing self-determined learning or are they having to learn what the majority (of the school) voted on?

What Does Science Have to Say About Sex?

Like all areas of human existence sex is a subject of science research. Why? Well, to try and make our lives more fulfilled, to perfect the sexual experience and to help solve intimate sexual problems Read more...