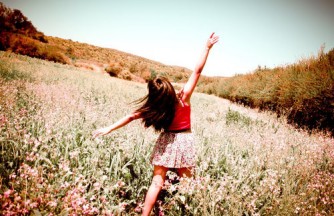 On one hand happiness is a subjective concept, which varies from individual to individual. On the other hand as members of the human race we share many common physical, mental and emotional factors in common. Some factors causing happiness are common to the whole human race and scientific studies have recently proved that we can in fact define what really makes us happy and thus pursue happiness.
Scientific Studies of Happiness
Albert Ellis claimed that happiness depends on our interpretation of events. This is another way of saying one man’s garbage is another man’s gold. John Locke and Jeremy Bentharm concluded that happiness is determined by the number of positive experiences you have had in your life but in another study Eysenck disagreed. In 2004 Kahneman made a study of 909 employed women comparing mood changes related to their activities. He found that sleep quality was strongly associated with a tendency for depression hence lack of happiness.
The overall opinion in the science world is that external pleasures and material goods may bring temporary happiness but it doesn’t last. We think that education, money, marriage and children will bring us happiness.
In a study using an app called Mappiness researchers found that people were less happy when with their families than they were with their friends. The app allowed people to rate their happiness throughout the day while they were engaged in different activities or in the company of different people. They also found that sex raised people’s level of happiness by an average of 14% and that being sick reduced our happiness by about 20.4%. People in lower income brackets were happier than the rich, music and cultural events raised happiness levels. Those who worked night shifts and got insufficient sleep were twice as unhappy as others with stable sleeping hours.
So How can you Achieve Happiness?
The predominant opinion among researchers and scientists who have looked into the universal causes of happy in all human cultures is to seek happiness through experiences and our own actions rather than material possessions.
Further research proved that our actions can significantly affect our happiness. Which means that we are responsible for our own happiness. Scientific studies pin pointed a number of actions we can take to boost our happiness:
• Savor everyday small moments of pleasure
• Avoid comparing yourself to others.
• Don’t rely on money to make you happy.
• Have meaningful well defined goals and pursue them.
• Spend time outdoors.
• Figure out your strengths and find ways to use them.
• Make good friends.
• Exercise and live a healthy lifestyle.
• Smile even when it’s hard.
• Be thankful, giving and altruistic.
Most importantly concentrate your efforts on actions rather than possessions, spend time on experiences not belongings. If you can strive to do these things you have a chance of finding true happiness.

How to Control your Blood Sugar Level 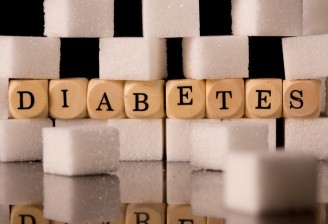 There are several ways for those with Diabetes Type 2 to regulate their blood sugar level. Blood sugar regulation is achieved by maintaining the blood sugar (glucose) level in the body. Lifestyle Choices Those living a sedentary Read more...