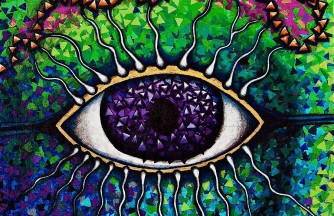 It is safe to say that we would all love it if psychic powers were proven real. However as yet there is no concrete proof, just belief or non-belief. Psychics are not a new phenomenon; they have been around for centuries but are they real or a hoax?
Psychic Hoax?
James Randi, McCarthy Award winner has done extensive research into fake psychic powers. One of his most controversial papers was on Israeli psychic Uri Geller. In the 1980s Geller became a celebrity performing psychic acts on television, specifically reading people’s minds and bending metal with his mind. In a documented test Randi recreated the psychic “tricks” using illusions and science. Randi’s conclusion is that the success of TV psychics is largely because of the audience’s desire to believe what they see. In 1964 Randi issued the Million Dollar Challenge offering a million dollars to anyone who could pass specific tests proving they really are psychic. As yet no one has met the challenge. When former magicians claim to be psychic you can be suspicious. Uri Geller was exposed on the Johnny Carson Show.
Telephone psychics, mall psychics and carnival fortunetellers use a clever method of getting information from their client before telling them very general information that could be applicable to anyone. This is called “cold reading” when high-probability guesses are offered to the client quickly followed by adjustments according to the client’s reactions.
Real Psychic Powers?
There are many people who claim to have been born with psychic powers for example reading people’s minds, the power to move objects by thought, talk to ghosts, cure illnesses with the mind or see the future. More people feel they have these abilities than actually become famous or have their own TV show.
The “real” psychics don’t ask for their gift, train themselves or make it their career but rather accept it and try to use it to help others. This can happen following a traumatic experience. Researchers say that a traumatic experience can activate your pineal and pituitary glands which are the centers for psychic sensory development. Other gifted individuals may inherit their ability from a psychic ancestor.
With so many psychics being “outed” many now call themselves – medium – just to disassociate from the idea of a fake psychic. The best known being “The Long Island Medium” Theresa Caputo who makes many incredibly accurate “readings”. She has come under criticism for cold reading and many “misses.” John Edwards is another TV phenomenon with his show “Crossing Over.” Like Caputo his work is very impressive but critics claim that much of his show is edited to show just the successes.
The truth is unless you have personally had an encounter with a psychic who has proved his powers to you, or if you yourself are a psychic you probably cannot conceive of the idea of psychic abilities. Perhaps the best way to explain psychic abilities is to imagine a scale. On one end no psychic abilities and on the other full blown abilities. Somewhere along that scale are the people who can sense spirits around them or have excellent intuition and insight. These are the people we know as psychics. They may not always be “on” and able to perform their special psychic skills. But occasionally we do get a glimpse of true psychic powers.

I'm an old-school journalist who recently decided to pivot into Health. I work in the health industry as well as print and broadcast media covering politics, business culture and everything in between.

How to Add 20 Years to Your Life 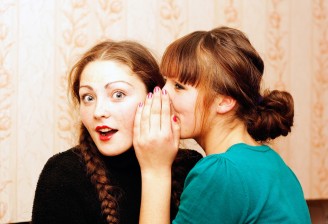 If you think that your years of life depends on how long your grandparents and parents live, you are only partly right. Of course, genetics certainly have an impact on your life but you have Read more...