With British colonialism in India from 1757 to 1947 it was inevitable that the two cultures would influence each other. Today the most popular food in Britain is curry and rice – not fish and chips or bangers and mash. The first curry recipe was introduced to Britain in 1747 and since then Indian migration has helped to spread the traditions of the subcontinent. The advent of take-away meals has made exotic foods accessible to people of all levels of society. A survey by the Washington Post showed that 1,200 Indian food products had been introduced into the United States. Western Indian restaurants generally serve a blander version of Indian dishes to appeal to the Western palate.

Why Do We Love Indian Food?
Researchers at the Indian Institute of Technology discovered that in Western culture we are more likely to mix ingredients which share similar flavors. We have the idea that they will complement each other. The Indian concept of mixing flavors is the exact opposite. Indian cuisine tends to blend flavors that have “negative pairing” yet go well together. The taste buds are then surprised or shocked by the dichotomy of flavors in one bit. This supports the generally held notion that western food is bland compared to Indian food. We would blend foods like bread, milk and butter where as Indian food combines lemon, garlic, cinnamon, fruit, chili and coconut in one dish! Usually the addition of spices creates the negative pairing for example in adding cinnamon and cardamom to a savory dish or pepper to a sweet dish. It is because of this blending of different flavors that we love Indian food so much and why it has become a part of Western culture.
What Have We Adopted From the Indian Food Culture?
Indian dishes usually have a huge number of ingredients where as in the West we tend to stick to just a few. Western chefs now experiment with a much wider palate of ingredients and flavors practicing the Indian trick of negative pairing of flavors. We now tend to eat food that is hotter, spicier and more flavorful. The Western kitchen now includes Indian spices like cardamom, Tamarind, garam masala, curry and cayenne in its spice rack. Western cooks are now more willing to put in the time required to prepare all of the delicious ingredients as Indian cooking is much more labor intensive.
The Indian tradition also uses less processed ingredients, more natural ingredients and serves up meals that can be eaten on the go or at a sit down meal. A table laid for an Indian meal can have many small bowls each holding some interesting food. Western tables usually have just the standard salad, meat, potatoes and vegetables. But that has changed a lot over the last few years and today you will find the Western table richer, more diverse and more exciting in flavors.
With the Global Village expanding every day our concept of Western food is ever changing and fusion food is perhaps the most common cuisine on the streets of New York, London and Paris.

Why Should your Kids Read Dr. Seuss? 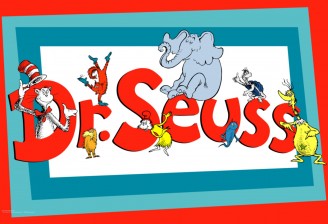 It is a known fact that reading to children at an early age and encouraging them to be book lovers adds to the child's literacy development. Children begin learning long before their formal education starts. Read more...