Home // LIFESTYLE // Everything You Need to Know About Air Travel Safety 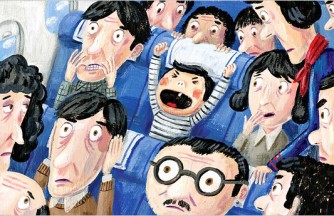 In the light of recent passenger airplane disasters the issue of air safety has reared its head again. In December 2014 Malaysia Airlines flight MH17 went down over the Ukraine. Indonesia AirAsia flight 8501 crashed in bad weather in the same month. A TransAsia plane crashed off the coast of Taiwan killing 48 people in July 2014. In February 2015 another TransAsia flight crashed due to failed engines killing 35 people. Then there were the planes that went missing in 2014. Air Algeria flight AH5017 went off the radar over Africa. In March 2014 Air Malaysia plane MH370 went missing on route from Kuala Lumpur to Beijing. In total there were 21 air accidents in 2014 and the lives of 990 were lost.
So what does this tell us? Statistically air is still the safest form of transport and definitely safer than driving your car. Each day approximately 100,000 commercial flights and more than 3 billion people take to the skies each year with only about 210 fatalities. Dr. Arnold Barnett of Massachusetts Institute of Technology did extensive research studying the fatality statistics of air passengers from 1975 to 1994. He established that the probability of someone dying due to a plane accident is one in seven million. During the same period 39 people died during takeoffs and landings where as 46,000 people died in auto accidents in the same period. The same study proved that you are 19 times more likely to die in a car than in a plane, no matter how many time a year you fly. Even traveling by train you are twice as likely to die as by air.
If you are still worried about air travel then next time you book a flight check the flight path does not go over areas of conflict; check the airline carrier’s safety record on AirlineRatings.com and don’t fly in horrendously bad weather. AirlineRating.com rates airlines according to whether they have IOSA (Operational Safety Audit) certification; whether it is on the EU Blacklist; has the airline got a fatality-free record for the last 10 years; is the airline FAA (Federal Aviation Authority) endorsed; has the airline’s country of origin met the ICAO safety parameters and has the airline’s fleet been grounded by the country’s aviation safety authorities. No one would blame you for not wanting to fly Malaysia Air, Air Algeria or TransAsia in the near future. None of these airlines get top marks on AirlineRating.com. The recent disasters of 2014 were due to flying over an area of conflict, engine failure and unknown causes.
Our heightened sensitivity to the issue of air travel safety can be attributed to the extensive media coverage of airplane disasters and perhaps out fear of the unknown. No other form of transport is given the level of scrutiny and stringent safety requirements. There are so many other ways of worrying about death. You are more likely to choke on the in-flight peanuts than in a plane crash. Planes are not dropping out of the sky like flies and we cannot predict everything in life, we can only take calculated risks. Based on statistics air travel is still a viable calculated risk. Air travel is now a part of our way of life and who would want to miss out on all the adventures that await in foreign lands.

Cloud Storage for Personal Storage Use 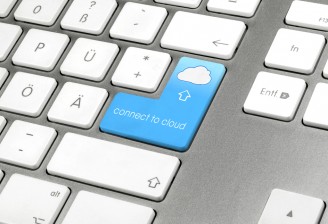 You don't have to be a business to require a large space to store all your documents, photos and media. Even the average person these days needs a place to keep their files. Cloud storage Read more...