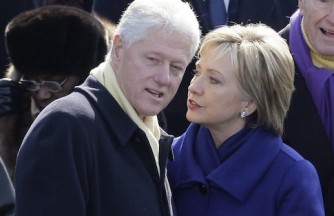 Hilary Clinton has spent many years in the public eye and more than a dozen of years as a public servant. Opponents said that Clinton is a part of a dynasty which actually meant, she is not. But, the truth is she has clearly shared in former president Clinton’s political success, which is hardly the measure of her considerable personal achievements.
Here are the 5 accomplishments of Hilary Clinton that have nothing to do with Bill Clinton:
1. She was one among the 27 women who graduated from Yale Law School in 1973, out of the class of 235: she was graduated with honors and was one of the 27 female students in the class of 235 in 1973. Then she spent the next year doing postgraduate work in the same university.
2. She was the only woman in the Nixon impeachment investigation team: the year before she married Bill Clinton, Rodham became the only female counsel on the congressional team which was investigating Nixon’s role in an attempted burglary at the Democratic National Committee’s office.
3. She cofounded the Arkansas Advocates for children: By the year 1978, Bill was serving his first term as governor. She joined the Rose Law Firm in Little Rock, Arkansas, after that she helped t create the Arkansas Advocates for Children and Families organization.
4. She broke the mold for first ladies with her speech at the 1995 United Nations Women’s Conference in China: We are to find common ground,” she told in the conference, “so that we can help to bring new dignity and respect to women and girls all over the world.”
5. She won a Grammy for the audio edition of her book, it takes a Village: Simon and Schuster published their book, It Takes a Village. It quickly became a bestseller and one year later, Clinton won a Grammy for the audio version.

A closet foodie, trend-spotting geek and writer, Marta can be found at the intersection of heath and daily life. When not on the lookout for the latest gym innovations to make life that much easier, she equips chefs with the skills they need to survive the kitchen work. Offline she has been known to indulge in homemade gnocchi.

Greatest Dutch contributions to the world 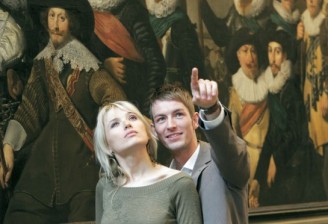 The Dutch migrants in 1950s were the first foreigners many New Zealand people had met. The Dutch came to be seen as hard working and sensible nation builders. But, some of the first wave attracted Read more...