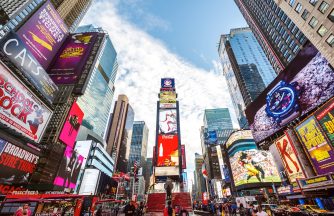 Follow the itinerary below, or, just use it as inspiration to start planning your trip and visit any and as many of the other included attractions as you want.

The best way to start your trip—get acquainted with New York City’s top attractions, landmarks, sights, and layout on a comprehensive, bus tour with live narration.

You’ll be able to hop on or off at any of the 25+ stops along the tour’s 3 bus routes: Uptown, Downtown, and Midtown for the full New York City experience.

Take a ferry from Battery Park and visit the Statue of Liberty to see it up-close before heading over to the Ellis Island Immigration Museum.

Explore the history of immigration to the United States, with a specific focus on the immigration process through Ellis Island and the 12 million immigrants to were processed at Ellis Island, walk through the institution’s historic halls and galleries, and more.

Located at the World Trade Center site, the 9/11 Memorial & Museum is a poignant testament to the terrorist attacks and tragic events of September 11, 2001 and February 26, 1993.

A visit to the 9/11 Memorial & Museum is educational and emotional. The galleries feature artifacts from the wreckage, photographs of the events that illustrate the events’ timelines, stories and first-hand accounts from survivors and family members of victims, and more.

You’ll be able to pay tribute to the victims and service members who perished on 9/11 at the memorial site, where there are two twin reflecting pools with man-made waterfalls inscribed with the names of every person who died in the 2001 and 1993 attacks. 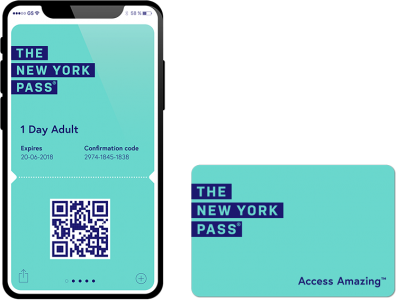 Meet all your favorite celebrities and interact with A-Listers at Madame Tussauds New York, right in Times Square.

You’ll get to get up close and pose with Lady Gaga, Morgan Freeman, Carmelo Anthony, some of your favorite Marvel superheroes, and more as you explore the museum’s five floors of themed rooms. Get as close to the stars as you want, there are not bodyguards to shield you away!

Top of the Rock

Head to the 70th floor of historic Rockefeller Center for 360-degree, sweeping views of Manhattan and beyond from the famous Top of the Rock observation deck.

On your way up, you’ll get to learn about the history and symbolic significance of the iconic building and Rockefeller’s vision for the building complex.

When you step out onto the three-story observation deck, you’ll have unbeatable views of all the New York City skyline landmarks.

Insider tip: download the free app or use the multi-media displays to help identify buildings and landmarks in view.

Experience New York from the best seat in the city and see the streets transform into a live, Broadway stage.

You’ll board a custom-made bus with stadium-style seating and large windows for unobstructed views of street performers on their various ‘stages’ throughout the city. This 75-minute traveling theater features fun, interactive entertainment and takes you to some of the top sights in New York, including Times Square, Grand Central Terminal, Chrysler Building, New York Public Library, Central Park, and more.

Explore Central Park’s 843 acres on two wheels with a guided bike tour—you’ll get to see more than you would by foot and your knowledgeable guide will make sure you see all the top sights.

Visit one of the largest natural history museums in the world and learn about everything from extinction to the evolution of plant and animal life around the world.

From our origins as a human species to Siberian Tigers and a 122-foot titanosaur (a 70-ton herbivore), you can get up close to it all at the AMNH.

How to Cure Back Pain Naturally? 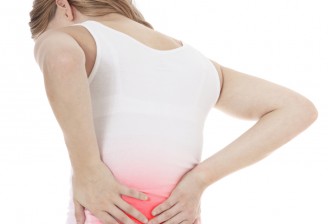 Many people suffer from back pain and most go to the doctor for help. However, doctors usually prescribe some form of drug or pain killer to relieve the agony. For people who want to avoid Read more...